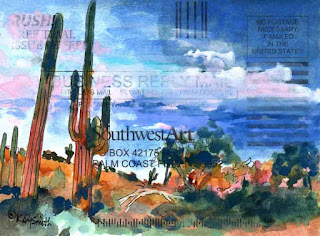 4x5.5 watercolor and ink on paper, a magazine card from Southwest Art, that was begging me to paint a scene.  So I used one of my many cactus, yucca, sagebrush, and other desert photos taken in Arizona around Tucson and Phoenix.  Pen used was Pigma Micron 01 and some opaque watercolors and gouache were also put to use today on the saguaros.  A white gel pen used for depicting old, dead branches in foreground.  It is a sunset scence hence the deep shadows and orange glow to the land and its inhabitants, those icons of lore.
Image COPYRIGHT 2015 Kay Smith.

Kay may be reached at:

**ALL INTERNET SALES ARE FINAL!


COMMERCIALLY AVAILABLE! SEE SOME OF MY ART
AT:
www.outdoorartcanvas.com
West of the Wind Designs

WANT PRINTS ??????? Click on artspan link above! If it's not shown, email me kay1971smith@aol.com your selection 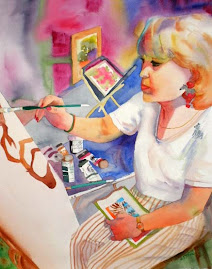 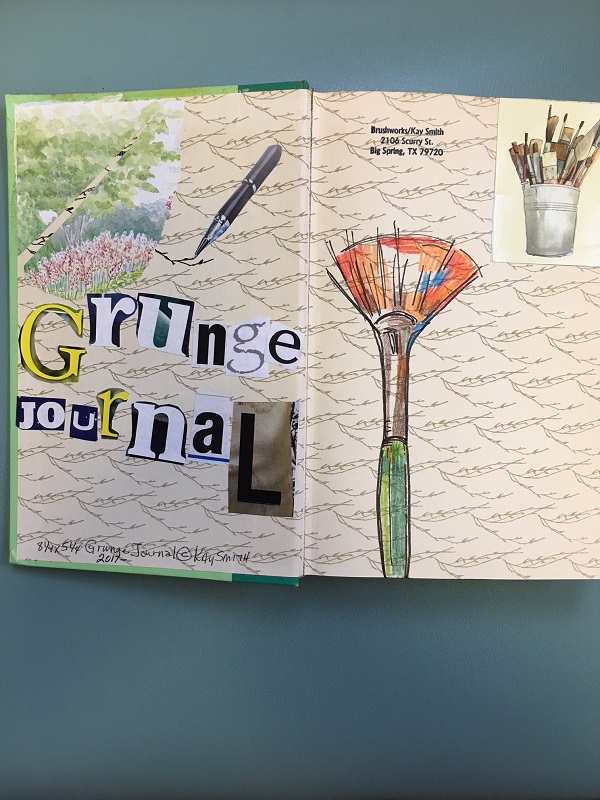 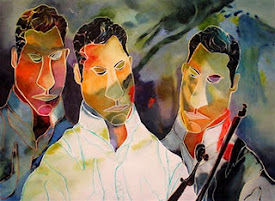 "Working from dark to light provides me with immediate gratification seeing value comparisons. Whether I'm painting architectural subjects, animals, floral or still life, I am always looking for the darks first. By establishing these values early, I'm better able to judge the values that follow.

Since creating art is a solitary pursuit, I become absorbed and as one with the painting. Initial excitement usually drives me headlong into a sketching mode with or without value studies. Primarily I work from photographs.

I paint because I have to paint; I want to show you what I see. Viewing my works will be a revelation of who I am. 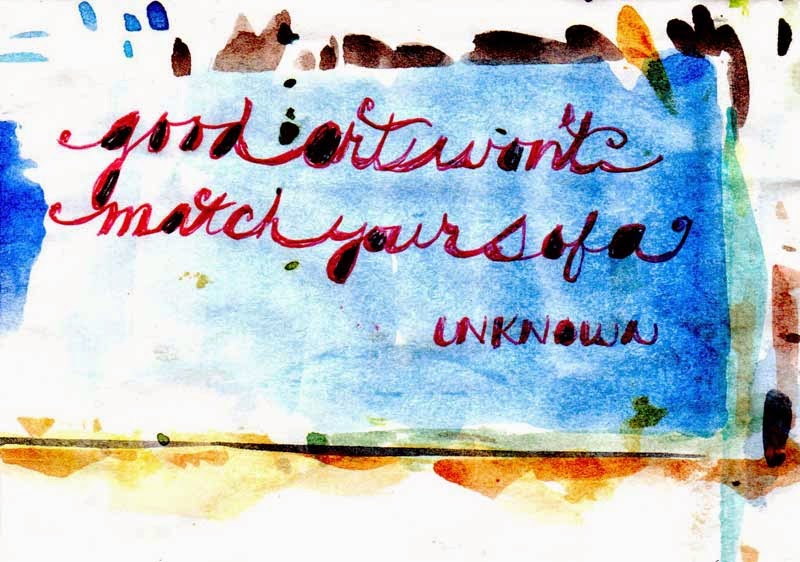 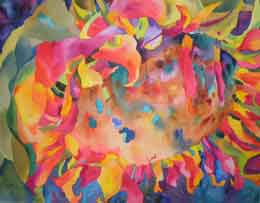